The 100’s penultimate season, which began with promise, ended with a chaotic storyline, uncertain fates and more questions than answers. 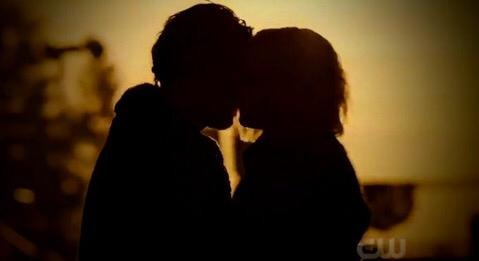 When Season 6 of The 100 began, promising that we were entering a “new” book, I was excited. Initially, an excellent foray into the mixed worlds of science fiction and dystopia the show has seemed to flounder in more recent seasons, venturing too far from the original premise of the show ( a group of teen delinquents try to survive on a long-dead planet) and into the political dynamics of what was essentially a cult. Jason Rothenberg mentioned that some of his influences for the Season were The Sparrow by Mary Doria Russell and the sci-fi thriller Annihilation and with new writers coming in I was expecting that Book Two would give us new and exciting adventures in the virtually limitless field of science fiction. When the Earth was destroyed in Season 5, I found myself hopeful that we would finally be able to leave behind things like the Grounders (often and rightfully called out for their problematic writing-which veers into racialized stereotypes) and the Flame and the first few episodes seemed to validate my hope.

The Season begins with Monty leaving his friends with one final charge, to “do better.” Monty and Harper, having chosen to avoid cryosleep, have spent years living peacefully and raising their son and that time has allowed them to review the time they spent on Earth. Monty is horrified by what became of them when they returned to Earth and finds himself venturing into the same line of thought that Jasper Jordan espoused in Season 4. “Are we the problem? Do we deserve to live?” And the answer he seemed to come up with was “perhaps,” but that their space on this new planet would need to be earned. They needed to change the way they reacted to the stimuli they encounter and consciously choose the better options. They could no longer lean on the “For my people excuse.” It’s an exercise in “the ends not justifying the means,” and Monty should be the character responsible for bringing up these moral quandaries.

The first episodes are an exploration of this new planet and its inhabitants, and it seems like this could be the right home for them. Our group, consisting of Clarke Griffin (Eliza Taylor), Bellamy Blake (Bob Morley), John Murphy (Richard Harmon), Emori (Luisa d’Olivera), Jordan Jasper Green (Shannon Kook) and more are initially charmed by the colours and people of Sanctum. They are hesitant to buy into the cheerful, harmonious vibe of the place, given their prior experience, but they’re willing to try and even when things don’t necessarily go their way, they still try to adapt instead of overcoming.  Of course, this being The 100, we knew there had to be a shocking twist somewhere and this Season that comes into play when we realize that the “royal” family of Sanctum are a group of mind-wiping body snatchers who are experiencing a lag in available hosts and are willing to fix that by any means necessary.

There was so much opportunity for us the show to “reinvent” itself with the new premise and yet it somehow failed in almost every aspect. Instead of living up to Monty’s charge to “do better” our delinquents and their friends and family seemed to become almost momentously self-absorbed. Each of the various groups of characters go their separate ways, focusing on their individualized arcs, which results in too many varied plots happening across the season. What should have been a series exploring what happens when you wind up surrounded by crazed body snatchers becomes a story about literally anything else. In a Season where the lead character (Clarke Griffin) is almost killed-saved only by Bellamy’s determination to keep her alive (a decision which Rothenberg has stated ‘everyone’ misunderstood). It seems insane that we would choose to also add toxic air, an anomaly, another religious cult, continue to hang on to the McGuffin known as the flame, introduce brainwashing, the list of open-ended plot points is almost endless.

Perhaps even more frustrating is this Season’s insistence on prioritizing plot over characters. Instead of letting characters deal with the repercussions of their actions (I’m looking at you Octavia Blake) there was a mad dash at the end of the season to get every character in the perfect place for the sake of setting up next Season. While it makes sense that Abby would become a Prime, for example, as a direct consequence of her Season 6 actions, the speed with which it occurred didn’t truly allow for Abby to recognize, accept and begin to attempt to process why her effects were harmful. Octavia’s entire storyline was a jumbled mess to justify the existence of the anomaly, allowing her to be given forgiveness she had not earned, simply because she expressed a desire for it. Bellamy’s final arc for this season was to revert to who he was in Season 1, a man whose only purpose is to worry about his sister (made all the more troubling by the fact that Bellamy is a Filipino man who has repeatedly been emotionally and physically abused by his White sister).

The show’s issues with commitment are never more apparent than they are when one considers the relationship between Bellamy Blake and Clarke Griffin. For years the audience has been shown and told both on and off-screen that the dynamic between these two characters is essential and dynamic. There are clear and apparent romantic framing and lines applied to them (even going so far as to have Charmaine Diyoza call Clarke Bellamy’s girlfriend last season) and the cast and showrunner (in earlier years) openly supported the concept of Bellarke happening as an explicitly romantic couple. With the show entering it’s seventh and final season, we are now only sixteen episodes away from discovering if this evidence was simply a part of what might be the world’s most sophisticated social experiment. Will there be payoff for the most well-developed relationship on the show, utilizing the fantastic chemistry that Eliza Taylor and Bob Morley share (so surprising that these two recently tied the knot in fact!) or will the show allow itself to be talked into the idea that it would be “cliched” for a Filipino male and the first bisexual leading lady on network television to wind up together.

Let’s see if The 100 can somehow find the magic of those first two Seasons again or if it’s doomed to suffer the same fate as Game of Thrones and Veronica Mars did: unsatisfied audiences and universally panned endings.