‪That is not only an attractive pitch for the young adult fantasy novel Spin The Dawn; it is also an accurate comparison. Still, it just scratches the surface of the novel, which abounds with magic, palace intrigue, adventure and romance.‬

‪Written by Elizabeth Lim, Spin The Dawn is the first book in the Blood of Stars duology. Lim draws on various fairy tales and mythologies from East Asia and the Middle East to create the fantasy world. She immerses the reader in an ancient Chinese-inspired setting known as A’landi, a vibrant kingdom with a rich history. It’s also a kingdom torn by violence: we are introduced to A’landi in the aftermath of the Five Winters War, a civil war between the Emperor Khanujin and the shansen (the imperial military leader) that ended with a shaky truce. ‬

‪The war hit Maia Tamarin’s family hard by causing a decline in their tailoring business, but most of all, when it took the lives of Maia’s two older brothers and her third brother Keton returned with broken legs. When the palace summons a man from her family to compete for the chance to be the imperial tailor, Maia decides to disguise herself as Keton and represent her family at the trial.‬

‪The premise indeed has Mulan vibes, but Spin The Dawn also takes the feminism of the Chinese legend further. Unlike in Mulan, Maia’s decision to compete in the trial is not treated as a total self-sacrifice. While the position of imperial tailor would restore honour to her family and provide for them financially, Maia also wants to win for herself, to prove her skills. Maia dreams of being a great tailor and has the talent for it, but the patriarchy is strong in A’landi, and girls are not recognized and respected as tailors. It’s wonderful to see a heroine in an action fantasy with individual aspirations, and not have to choose between pursuing her dreams and saving her family and country.‬

‪The emphasis on Maia’s artistry also makes her refreshingly different from a conventional action heroine. Her skills are creative and artistic, rather than physical fighting like the archetypal warrior. Even her “weapon” is a pair of magical scissors that she discovers only she can wield, linked to her tailoring abilities. Her skills may be less aggressive, but she is no passive damsel in distress. As the trial progresses, Maia gets caught in schemes that threaten the truce, and she is sent on a dangerous quest across the desert and mountains to ensure peace in the kingdom. She doesn’t go alone: the Lord Enchanter named Edan, who’s bound to serve the Emperor, accompanies her as her guide and protector. However, Lim is deliberate in making sure that Maia attempts and overcomes the tests of the quest by her own strong will and wits.‬

‪A romance between Maia and Edan develops gradually and through lots of dialogue, which is a welcome break from the instant-love trope that has become more and more popular in young adult fiction. Unfortunately, the romance does employ the tired trope of an old immortal man falling in love with a young mortal woman. Although the characters grow to have mutual respect for each other, there is some power differential in their relationship. Maia too often needs to be taken care of by Edan, and when he jokes about bartering her because women are seen as property, she does not tell him off. Instead, it is treated as an amusing instance of him “teasing” her. Their romance begins to dominate the story as the main driver of the plot, so much so that the more interesting political conflict and even Maia’s dream of becoming the greatest tailor in A’landi become sidelined.‬

‪Lim’s critique of patriarchy and misogyny in A’landi feels half-hearted and very safe. When we do get some critique, it mostly stays in the particular characterization of Maia and how she’s challenging what the men believe women can and should do. Her defiance is not extended to the other female characters, who are all confined to the domestic space and work to ground Maia’s story in the larger cultural norms of A’landi. There is also little to no questioning of gender-based dress codes, despite the cross-dressing plotline and the focus on fashion providing ample opportunities for such discussion.‬

‪Even less is questioned about the heteronormativity that pervades A’landi. It is disappointing to find misogyny and homophobia in fantasy, in a world where imaginative magic such as weaving dresses with sunlight is possible. If Lim wished to represent the ancient culture from history that inspired A’landi, she should have been more responsible and unambiguously call out its problems.‬

Readers of Spin The Dawn have also criticized the novel for ableist content. An early version of the novel had Maia’s brother Keton magically and miraculously cured at the end, but the unhappy response from early readers made Lim take it out of the final version. The final version still has Maia faking a limp as part of her Keton disguise, and though it is not for manipulative reasons, it can dangerously add to the already common suspicion in real life that people with real disabilities are faking it. Moreover, Keton, the one character who actually has a disability, does not provide good representation but is depicted as tragically weak and dependent.‬

‪It is heartening that Lim listened respectfully to the early feedback and edited some of the problematic content. Spin The Dawn is a rare novel that brings the world of East Asian and Middle Eastern mythologies closer to young adult readers, but it, unfortunately, falls short in other aspects of representation. If we continue the discussion about what still could have been done better, Lim could, hopefully, improve on them in the sequel, which will be released in 2020.‬

‪Times Distribution Singapore provided a review copy of this book.‬ 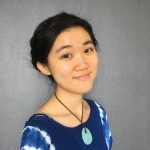