Film Twitter was abuzz with the recent news that Warner Brothers has 17 big budget films, its entire 2021 line-up, set to release on HBO Max next year. With Warner Brothers and HBO teaming up, highly anticipated features – including In the Heights (Written by Lin-Manuel Miranda) and Dune (Starring Timothee Chalamet and Zendaya) – will be available to stream for one month on HBO Max as well as simultaneously released in theatres around the globe.

This merger is the result of theatres being closed temporarily and even permanently, unable to usher in a paying audience due to worldwide Covid-19 regulations. However, theatres weren’t doing well before the pandemic struck either, and with ticket-sales dwindling over the recent years, streaming services like Netflix have flourished.

Movie theatres’ stubbornness to adapt with the times means its audiences often opt for more comfortable options. They’re notorious for unaffordable ticket prices and even more expensive concession stands, with no consideration for the deaf community who have requested year in and year out for closed captions on all films. For immuno-compromised folks, leaving their houses to share a theatre with hundreds of people is a threat to their health. Many theatres are still inaccessible for those in wheelchairs, and empty, low-lit theatres with no security have proven unsafe, so it’s no wonder we would rather a homemade bag of microwaved popcorn and a night in.

This pandemic has seen a global shift towards a more accessible consumption of media. With quarantine leaving businesses and schools no other choice, they’ve been forced to adapt to more virtual routes of communication and consumption. Some streaming services like Disney Plus chose to place massive movies like Hamilton on their sites, while other movies were pushed back in favour of later releases. The fear of losing money (or not forking in enough profit) means audiences must wait longer in hopes that the pandemic will disappear. In case you couldn’t tell, that was sarcastic.

Corona might not be with us for much longer, but the face of media has been altered forever. With audiences discovering they don’t have to share a theatre with hundreds of others and pay an arm and a leg for it, theatres will never be the same. It’s been jarring to witness how quickly sites released films when they realised they would lose money otherwise. Similar, perhaps, to schools and universities having virtual classes available as soon as the general public thought it necessary, though disabled students have been fighting against mandatory attendance for years. It’s not that they were unable. It’s that they were unwilling.

There’s an elitist stigma attached to movies released on streaming services – that they’re of lower quality and not as worthy of attention than films released in theatres. Arbitrary requirements (a movie must play in theatres for at least a week to be considered) by highly-esteemed awards like the Oscars have films like Prom screening to empty theatres in the middle of a pandemic. As an artist, I sympathise with film creators who feel the integrity of their work has been compromised. However, when this artistic integrity borders on pretentious and un-inclusive, it becomes harmful. If anything, making movies available to the general public has allowed more of us to interact – it’s sparked rounded conversations around the media we love (or don’t).

These disagreements have also exposed the high-brow directors and Hollywood elite who believe that only certain audiences are worthy of consuming their media. In the same vein, these movies on HBO Max will not be available to viewers outside the US. The biggest musical release of 2020, Hamilton, was available on Disney Plus. To people living in countries where these services are still unavailable (I’m one of them) enjoying massive releases with the rest of the world is done through proxy sites, shared passwords and VPNs. Of course, this process has gotten easier over the years, but Hollywood’s refusal to acknowledge an audience outside the US/UK is frustrating and disrespectful.

Change is necessary, and it’s a shame it took a global pandemic to spur forward what we’ve asked for years. Disabled viewers and those unable to access movie theatres easily revel in being able to enjoy anticipated releases with the rest of the world. While there’s nothing quite like sharing a movie with an audience and engaging in a wide-screened theatrical experience, disabled viewers might not agree. If film-makers were truly dedicated to their craft and how it was viewed by audiences, they’d care how it was viewed by all audiences, and that it was accessible to them in the first place. 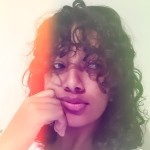