We all gathered around for what is the last Insecure season premiere. With tears in our eyes and prosecco and vodka in our glasses we prepared to say goodbye. Insecure has had a great run over the past four seasons. Issa (played by show creator Issa Rae) has spent time learning lessons in life, love, and #growth. This final season, dubbed #SeasonByeve, has us saying goodbye to Issa as she continues to live her life.

This first episode of the final season brings Issa and her friends back to her alma mater, Stanford University. Issa is set to speak on a panel of successful alumni entrepreneurs during the ten-year graduate reunion weekend.

She has a mirror convo with Throwback Issa, who asks about how life as Present Issa is. She’s confronted with the fact that she is not necessarily where she wants to be in life. During the panel, this cements itself in her mind when the moderator asks the panel when they knew you were on the right path. Issa hesitantly answers “I don’t know that I’m on the right path. To be honest there’s no way to be sure you’ve made the right choice. Maybe I’ll wake up tomorrow and realize I’ve wasted all my time, and that time I can’t really get back.”

Everyone thinks that Kelly is dead, her memoriam being published in the weekend brochure. This episode explores the importance of Kelly’s presence in everyone’s life, and solidifies the fact that she is the rock of the group. When no one seems to have much to say about her being gone, she struggles with what it means to be the dependable friend without having anyone to depend on.

The episode also explores the relationship between besties Molly and Issa, which was rocky at the end of season four. Both Molly and Issa are trying to work on rebuilding the friendship, however awkward it may be. Between walking on eggshells ad trying to talk about deep life stuff, they have their quiet moments. It’s when Molly asks “Are we gonna be okay?” that the two friends put their real emotions on the table. When they get “robbed” at gunpoint (read: set up by their old college friend) is when their bond strengthens. Nothing brings friends together like getting a gun pointed at them, right?

The episode ends with Issa saying she doesn’t want to worry about where she is or isn’t in life, and how she just wants to move forward and progress. This being the final season, we can likely expect to see Issa tying a few last knots in her life with her relationships and her future. One such knot is the one with Lawrence, her somewhat-complicated, not-so-easy relationship. When he picks her up from the airport, the ride home is very awkward and ends on a cliffhanger, with Issa seemingly breaking things off with Lawrence for good. Is it over between them? We aren’t too sure yet, but with nine more episodes we will find out where it will end with them.

This season is already off to a great start and it’s going to be exciting to see how Issa decides to wrap up this beautiful show. 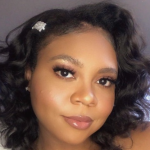