If science fiction has taught us anything, it’s that technology created to make our lives easier can and will be used against humanity. The recent popularity of platforms like Amazon Echo and Google Nest bring this concern to the forefront. While a device that listens in on the background of your daily life makes people understandably weary of Big Brother. Technology being used against humanity is a plot we’ve seen often in fiction. Which makes “KIMI,” HBOMax’s newest crime thriller, a movie with a unique take on the trustworthiness of Big Tech and those listening in.

Directed by the highly acclaimed director Steven Soderbergh and written by David Koepp, “KIMI” tells the story of an agoraphobic tech analyst who finds herself in possession of bone-chilling audio that may  prove a murderous conspiracy. Angela Childs (played by Zoë Kravitz) works for Amygdala, tech firm and makers of the KIMI voice assistant device. Angela finds a recording that documents some sort of assault while interpreting KIMI recordings flagged as indiscernible. Digging further into the case, Angela discovers another recording. Not only do these recordings uncover a murder but also a flaw in the KIMI design. And it just so happens that this flaw could jeopardize Amygdala’s multi-million dollar plan to go public as a company. Now knowing the truth, Angela must dodge the lethal attempts to silence her while dealing with her agoraphobia, cracked tooth, and uncertain relationship with her COVID hookup.

As intricate as that all sounds, “KIMI” actually starts pretty slowly and takes a while to build. For an action thriller, the first bit of real action we get doesn’t come until around the 50 minute mark. Instead, there is a lot of setting up the plot. Amygdala’s CEO has something shady he is paying big money to cover up. We discover Angela is hooking up with the DA who lives across the street. We wonder how Angela can afford a sprawling loft in Seattle on a tech analyst’s salary. The movie also provides more extraneous details that seem to throwaways with little or nothing to do with the plot. For example, Angela’s cracked molar and the two mentions of her dad have no bearing on the rest of the movie but are still included for some reason. Ultimately, these details just feel like filler.

The symbolism and references used in the film are also a bit heavy handed. In one instance, during a fight with her COVID hookup (played by Byron Bowers), Angela sets a glass bottle of kombucha on her counter. The bottle is show to be only halfway on the counter and in danger of falling. The argument ends, kombucha glass forgotten, and Angela does a bit of work to pass the time. This is when she first discovers the disturbing audio file. Visibly shaken from what she hears, Angela is unexpectedly startled by the sudden smashing of the kombucha glass that has fallen off the counter.

Much like Chekhov’s gun, we’re promised a smashed glass and we get one, though it acts much like a graceless metaphor. Like the kombucha glass, Angela was on the precipice of something that would forever change her. Discovering that audio file was the equivalent of the kombucha glass shattering on impact. It represents the before and after of Angela having knowledge that sets up the main conflict of the movie. On paper, the literary device works, but in the film it feels a little hokey.

Another example of the movie’s awkward symbolism is in the name of the company Angela works for. Amygdala, the business, shares its name with our brain’s amygdala region. The primary job of the amygdala is to process fear and threatening stimuli. The amygdala is responsible for the “Fight, Flight, or Freeze” response. It also controls other fear-related behaviors when exposed to dangerous situations. KIMI is a thriller that deals a lot with fear (Angela’s agoraphobia, the fear created by uncovering the conspiracy). As such, naming the company after the fear center of the brain feels very on the nose.

Even Angela’s agoraphobia, which has the potential for compelling conflict, seems a bit superfluous. Angela has an extremely valid reason behind her fear. In learning this, it helps make sense of why she’s willing to go to extremes to report this crime. The extra burden of COVID makes her agoraphobia especially relatable. Considering the threat of exposure and forced isolation we’ve experienced with quarantine, the audience can understand Angela’s suffering. However, the movie could have played out in nearly the exact same way without the phobia. Save for Angela’s dependency on hand sanitizer and a stilted journey to meet with her boss about the audio files she discovered, the agoraphobia doesn’t play a huge role in the film.

Despite a slow build up, it’s at this aforementioned meeting that “KIMI” really starts to get good. When meeting with her boss, Natalie Chowdhury (played by Rita Wilson) Angela is gaslit right from the start. The interaction between Wilson and Kravitz is a compelling one. Angela shuts down the microaggressions lobbed at her. The scene also shows that she’s thoroughly in some dangerous shit and the real fun of this action thriller finally begins.

The last 40 mins of “KIMI” is everything the film’s trailer promises it will be. We have Angela running for her life, trained assassins out for her blood while a master hacker tracks her down. One of the film’s most exciting scenes sees a group of housing equality protesters attempt to thwart Angela’s kidnapping. The action in this scene, heightened by the film’s score, filled me with apprehension in a way that only the best thrillers can.

The rest of the movie has Angela kicking ass and outsmarting her would-be murderers, with the help of a surprise ally and her KIMI device. Ultimately, the long set up does pay off with plenty of action and suspense. It just takes a while to get there. Some build-up is necessary to get to those gratifying action scenes. Details that have nothing to do with the plot could’ve been excluded. “KIMI” is an action thriller. It should have delivered upon that promise earlier in the movie. Still, once it finds its rhythm, it doesn’t disappoint.

Besides the action scenes, a positive of the film is Zoë Kravitz’s acting skills. Whether her character is alone at home or going up against Wilson’s corrupt corporate manager, Kravitz plays Angela authentically. I really bought her concern for the person on the audio file, her terror when she’s being chased by hitmen, her disdain when dealing with her boss, and her frustration with her agoraphobia.

“KIMI” subverts the “evil tech surveillance” trope and presents voice assistant platforms as something that helps foil a conspiracy. However it raises questions. Who’s listening to us on the other side of our devices and is it their responsibility to police us? This film doesn’t offer the answers to the ethical questions surrounding technological surveillance. Still “KIMI” is a decent watch if you can get past its slow start. And, if nothing else, it might teach us to be more careful with what we say around Alexa and Siri.

For more from Sam, check out her review of “Maya and the Three” here. 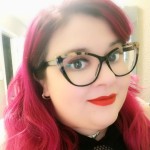