Since 2005, Microsoft has been trying time and time again to adapt their most popular video game series, Halo. The project has been passed from studio to studio. It’s seen the likes of Guillermo del Toro and Peter Jackson dabble within the project. After decades in development hell, the Halo adaptation has finally found its footing as a Steven Spielberg produced television series. Unfortunately, it may not be the series fans have been waiting for.

Set in the 26th Century, Halo follows humanity’s conflict with an alien race known as the Covenant. After two episodes, that’s all I can say about the plot. That’s not because of spoilers, but because I had very little idea what was happening.

This issue is prevalent from the get-go. That’s partly because the opening two episodes feel like they’re the penultimate episodes in the series. We’re thrown right into the story with no explanation to what’s happening, a “plot device” that continues through the series.

The episode also takes too long to introduce the main characters properly. Even worse, once met, we are trusted to know who these people are and understand what they’re doing.

Pablo Schreiber takes on the role of Master Chief (John-117), a genetically-engineered supersoldier also known as Spartan-117. And as someone who hasn’t played Halo in quite a while, the only thing about the series I could fully grasp was that Master Chief is the main protagonist. If you have no background knowledge of his character, you are left to assume that some of the things he does go against what he stands for – such as taking off his helmet.

In the games, John-117 is famous for never taking off his helmet. This allows the players to create his identity for themselves, an idea that is completely nixed from the series adaptation. Despite the anger that this creative decision may cause, it works out for the best because it’s not until John-117 removes his helmet that we’re able to connect with Schreiber. And while he does a good job, it feels like a wall has been placed between him and the audience, primarily due to the lack of context to everything happening in the series.

When it comes to shows with masked protagonists, it’s incredibly easy to compare them to The Mandalorian. This is especially true when that series is science-fiction. But the Disney+ series is able to deliver solid stories, create interesting characters, and have an emotive protagonist, whose face we rarely see. Much like the games, Master Chief hides his emotions and this is reason I believe they’ve had him remove his helmet at times, so it can be easier for the audience to connect with him.

The similarities between Halo and The Mandalorian aren’t surprising or distracting, but sometimes it feels like Paramount has intentionally leaned towards Star Wars, possibly to avoid comparisons with Star Trek, their current premiere franchise on Paramount+.

The greater cast of characters aren’t introduced until the second episode. Once again, it’s hard to connect to most of them since the plot isn’t explained. The greatest praise goes to Bokeem Woodbine’s Soren-066. For the most part, Woodbine is the only actor who performs like he actually wants to be there.

Relative newcomer, Yerin Ha co-stars alongside Pablo Schreiber, as Kwan Ah, an original character from the Outer Colonies. Kwan Ah is quickly taken under the wing of John-117. I don’t think Halo will last very long as a series, but I hope Ha comes out of it unscathed and has a long and steady career because she is the shining star of the series.

Shabana Azmi is another highlight. Azmi plays Admiral Margaret Parangosky, the director of the Office of Naval Intelligence. Azmi’s performance is cold yet intriguing. She’s one of the few characters that I was looking forward to seeing more of.

Where Is This Going?

I can’t say for certain whether it’ll be worth sticking around for the rest of the season. I can however imagine that if the first two episodes are nonsensical for the average viewer then there is very little reason to tune in each week. Die-hard fans may say that you need to play the game in order to understand, but adaptations should not require homework. By the looks of things, this series needs the audience to do a lot of research beforehand.

I’m surprised that the pilot was given the greenlight considering how clunky it is from the structure to the tone. And with more bad than good, this adaptation of Halo is unfortunately not worth the seventeen-year wait. 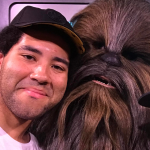 Jordan is a British-Trinbagonian film & TV journalist currently based in the UK (not London). You can see his articles on various websites, including The Disinsider and The Cinema Spot. He is not the Las Vegas Raiders player of the same name, but Jordan fully supports him despite knowing nothing about the NFL.