Going into Lightyear, 2022, directed by Angus MacLane, I had no significant attachment to the Toy Story franchise. I knew nothing about the movie before going into the screening, only a soft and faint nostalgia for the franchise. You can imagine my surprise when I was wholly entranced for the next hour and 40 minutes after the lights had come down.

With incredibly detailed and smooth animation, and stellar performances from the entire cast, the plot full of twists and turns will leave you on the edge of your seat for the whole run time. Writers Jason Headley, Matthew Aldrich, and Angus McLane completely wrap you up in the action-packed story while giving its character depth and engaging motivations that keep you rooting for our heroes to make it home finally.

At the beginning of the Lightyear, Buzz, voiced by Chris Evans, his friend and partner Izzy, portrayed by Keke Palmer, and the hundreds of scientists and crew aboard their ship are stranded on a foreign planet after Buzz is unable to escape from a deadly attack and damages their ship. Buzz, in the beginning, has a one-track mind, focusing on completing their mission and returning everyone home. Through multiple attempts to find a stable new fuel source, Buzz can travel through time as he navigates through hyper-speed, consistently missing decades as he stubbornly persists in completing his mission. Because of his one-track mind, he misses the rest of his dear friend Izzy’s life.

Izzy is an integral part of the story and is the one person Buzz consistently thinks of and is inspired to change because of. Although she’s only active in the story for a short time, it was incredibly refreshing and exciting to see a dark-skinned WLW as the main character in a movie that was released in the cannon of the Toy Story universe in 1995. Though a quick, blink and you miss it moment, Izzy’s kiss with her partner is a significant step forward for the representation of queer women of colour and a moment my inner child truly appreciated. Izzy’s fearlessness, hard work, determination, and continued presence in the movie are a huge step forward to the normalization of dark-skinned excellence in cinema. I wish we got to see her and Buzz have more interactions, though I adored their reference to “To infinity and beyond!”

Izzy, her lineage, and legacy, as I said, play an integral role in the development of Buzz and the way that he sees his mission, life, and values. Due to his fierce dedication to his role, Buzz is unwilling to have others aid him in his endless journey to complete the mission. Buzz is an excellent example to the audience that one-track thinking can make you lose sight of the big picture and what and who you’re fighting for. Evans fills the role with the cocky arrogance and suave machismo the character embodies and the much-needed life and nuisance the character desperately requires throughout the movie. The supporting cast assists Evan’s Buzz, showing him that needing help isn’t wrong and that we can accomplish much more by working together.

I adored Lightyear. It spoke to me even now as a grown adult, reminding me I cannot carry other people’s burdens. You cannot travel through life alone; those around us make life richer; they are there to share in your ups & downs and help you through its twists and turns. I highly recommend it for a feel-good, nostalgic time with your friends and a heartwarming story you’ll want to watch again and again! 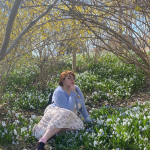