Money. It’s the first thing you think of when watching the newest season of Netflix’s Cobra Kai. It’s the core conflict of the original movies from 1984.  So after four seasons of generational feuds, karate kicks and 80s rock music, this season Cobra Kai invests in something great because they’re against something far more significant.

The campness and self-awareness are abandoned this season. While the first couple of episodes holds on to this familiar playfulness and cool kicks into action. They make for a rocky start that segues into the more prominent themes the season delves into. To tackle a greater threat, Netflix seems to prepare for something greater. Instead of cheap laughs, the script invests in expensive sets and rich character storylines. The feud pushes its boundaries outside the rent-a-dojo into a sleek studio and across the borders of the Californian Valley. The rivalry lines are blurred to collectively overcome something threateningly indiscernible. It’s the root of all evil: Money.

Terry Silver is the most formidable villain in The Karate Kid-lore yet. A grey ponytail, tailored suits and calm demeanour mask dangerous anger and violent ethics in the way he teaches karate. His extreme wealth embodies a vilified billionaire (imagine if Mark Zuckerburg or Elon Musk were deathly-threatening karate masters). His presence broils like the worst storm waiting to strike its next victim. There is so much fear in his name, similar to the number of zeroes in his bank account.

Silver, as an antagonist alone, is brilliantly evil, but the concept of money seems to become a character itself. This creates a growing presence throughout the episodes until it is tangible and taut tension. We follow Miguel (Xolo Mauriduena) to Mexico in search of his father and question his past. Tory (Peyton List) who’s conflicted at realizing her champion trophy was cheated for her. Robby (Tanner Buchanan) is remorseful for furthering the dangerous Cobra Kai agenda, and Sam (Mary Mouser) faces severe self-doubt on what is expected from her.

Newcomers Devon Lee (Oona O’Brien) and Kenny Payne (Dallas Dupree Young) are thrust into the thick of things but weave their backstories and unique motivations through this very dense plot. Even Daniel LaRusso (Ralph Macchio) and Johnny Lawrence (William Zabka) drop their forty-year feud to focus on something bigger than their shared history. Again, the familiar funny plots have become serious, and the characters are tasked to look to the future.

But how can they look to the future without money? Something more painful affects all the characters and blocks their progression. For a while, all the characters try to figure it out; it’s this great unknown that they’re not sure of. We’re stuck in this limbo, and it’s oddly beautiful until it’s realized; if the characters struggle because of money, or lack thereof, then they mainly suffer because of trauma.

Miguel finding his father won’t heal the absence this caused in his life. Tory rectifying her cheated trophy won’t absolve her corrupted path, and Robby’s anger will remain if he cannot forgive himself. Sam’s self-doubt won’t subside overnight. After four seasons and multiple switches in rivalries, the kids can finally address the trauma they’ve had to endure. This is the breath that needed to be released and the laugh that had to be swallowed.

Following a shocking reveal, Daniel LaRusso and Johnny Lawrence are forced to confront their separate unhealed traumas. It is equal parts sympathetic and satisfying. Even John Kreese (Martin Kove) is given a dynamic turn to heal his brittle anger as he adjusts to life behind bars.

While Daniel tries to fend off Silver with the help of Chozen (Yuji Okumoto) is hilarious and introspective on their karate methodologies, the men are stuck in limbo of depending on masters that are no longer with them. Daniel’s dependency on Mr. Miyagi’s teachings and Chozen’s dependency on the violence that made him an outcast in the first place comes at a crossroads. If they want to fix the future of karate, it starts from within. Chozen feels more out of place in America, and Daniel feels more lost as he watches the past repeat itself without Mr. Miyagi by his side. The writers took the time to carve out the characters’ traumas and let the flesh sizzle in despair before finally wrapping it in the most interesting gauze of self-reflection and inner peace.

This season subverts the self-awareness and ridiculous script for something serious and sinister. A tonal shift was needed as the Miyagi-do/Eagle Fang group overcame their fears to face the most frightening of all villains; the capitalistic nightmare that Silver had brought with him. This endangers the All Valley and the entire world if Silver is successful. This was a significant risk to slow down the pace and allow the characters to look inwards instead of their next attack, but it truly pays off. Cobra Kai builds a beautiful and mature character study and invests in the relationships between the characters, the original lore and the new generation to shape the very bright and costly future it has in store for the fans. 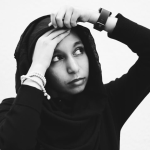