In the mid 80’s, audiences around the world became enthralled with a goofy yet formidable character named Son Goku. His adventures in Dragonball featured plenty of shenanigans as he fought aliens, thwarted robot uprisings, and won martial arts tournaments. The characters in Dragon Ball were a light hearted affair that mixed action with comedy. Akira Toriyama, the show’s creator, eventually transformed the plucky adventures of Dragon Ball into a more serious, fight scene based story, Dragon Ball Z. Toriyama’s anime would run from 1986 to 1996 and to this day it remains arguably the most influential anime ever.

In 1997, the first chapter of Eiichiro Oda’s One Piece debuted and their roots are quite clear. Oda and his main character Monkey D. Luffy take heavy inspiration from Toriyama and Goku. Both characters are lovable warriors with open hearts and endless stomachs. Both creators have a penchant for humour-infused adventure stories. One Piece would go on to succeed Dragon Ball as the most popular manga in Japan; even surpassing it in sales. However, the student would soon become the master. Oda’s storytelling capabilities have far surpassed those of his predecessor Toriyama. He has crafted a far greater and more complex fictional world but despite its popularity in Japan, One Piece has struggled to gain a foothold in the consciousness of American pop culture. That could all change with its debut on Netflix.

The adventure of One Piece centres around a young man named Monkey D. Luffy as he attempts to travel the world to become “King of the Pirates.” This title is not an actual leadership role but a symbol of freedom and strength that was established by the greatest pirate in this world’s history, Gold Roger, Luffy lacks smarts and is tricked easily,  however, he is a shrewd problem solver with an unshakable moral compass. Luffy’s greatest strength is his fighting prowess and as the series progresses so do Luffy’s capabilities. The author makes it a point to establish Luffy as a fighting genius with moxy and determination. Luffy and his crewmates sail the seas to make friends, loot treasure, and challenge other pirates in their quest to become the best.

Luffy’s happy-go-lucky nature keeps One Piece fun and light. The creator specializes in Japanese puns that are sometimes lost in translation. However, the humour in One Piece has a very Looney Toons-esque vibe; the show regularly uses slapstick and cartoonish stylization to emphasize humour. Like any great comedy, One Piece never gets bogged down by what’s “real” or what’s “possible.” Oda is willing to go far for a good joke.

The greatest hindrance to potential One Piece fans is the show’s lengthy episode count. “Lengthy” is probably too kind of a word as the One Piece anime has been on the air since 1999 and is sitting pretty on 929 episodes(!!!).  For comparison, The Simpsons, which has been on air since 1989, is only on episode 684. There are episodes in the One Piece manga that are designated as “filler” episodes, that are used to fill in time while the author catches up to the anime. It’s easy to find a list to determine which episodes new watchers can skip. In the early episodes it’s hard to see how the creator stretched Luffy’s adventure over the last twenty-plus years. The secret? One Piece is maybe the greatest example of world-building in all of fiction.

When you hear the term “world-building” and “fiction” you’d never think of something like One Piece. World-building is usually reserved for lengthy fantasy epics centred around good and evil; Tolkien’s Middle-Earth or the Wheel of Time series for example. But at its core, One Piece actually is one of those stories. Oda has built a world with notable (and corruptible) history, government systems, climates, technological wonders, supernatural abilities, and anything else you can think of. Luffy and his crew may bear the name “pirates” but the series shows that they will always fight for what is right. The world is unraveled in the eyes of the Straw Hat crew through their incredible journey.

The world of One Piece is carefully crafted by its creator Oda. The key to his success is that everything that happens in the Straw Hat’s adventure has been planned ahead. Seeds of Oda’s brilliance can be seen scattered throughout twenty years of chapters and episodes. Hints of future story arcs can be found in throwaway lines, character names, and (if the rumours are to be believed) even in the way someone sits during a story. As the endgame approaches, fans are finding more and more of these hints through rereads and rewatches.

One Piece is a story that’s told carefully and deliberately. The author is unafraid to slow down and delay the action in order to enrich his story. It’s lack in Western popularity might be affected by this pace. It is not uncommon for One Piece to break from the main story in order to dedicate several episodes to back story and character development. On my first watch through, I felt cheated that Oda cut away from the action at pivotal moments. When re-watching, I understood that Oda saw the value in building up backstories. Each detour brought valuable context or emotional weight to a character’s perception. The series might have suffered week-to-week but benefited greatly overall. Twenty years later, audiences have learned to trust that Oda knows best.

No good Shonen anime is complete without exhilarating battle scenes. One Piece might prioritize storytelling and world building, but it still has top notch anime fights. Different characters have different abilities; ranging from the simple (a three-sword style swordsman) to the ultra weird (a man who fights with a giant baseball bat and a bazooka that can transform into a dog.) Combats and combatants get more and more clever as the tale goes on and never does a fight end with who can shoot the strongest laser beam. Oda has made up hundreds of power sets and character types; story resolutions never resort to “who’s the strongest fighter.”

The story of One Piece lies somewhere in between the simplistic stylings of Dragon Ball Z and the near encyclopedic story of Lord of the Rings. One Piece rocketed to the top of the charts through wacky characters and thrilling battles, but it was able to sustain its excellence through top notch storytelling and world building. If you’re intimidated, the anime’s debut on Netflix is limited to the first few seasons; giving viewers a small taste of the world at large. Plenty of time for the story of One Piece to seduce you into its adventurous waters.

*If you do feel intimidated, try reading instead! The One Piece manga can be found on the Shonen Jump App! 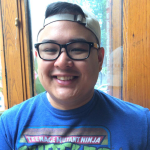 1 thought on “Take the Plunge: It’s Finally Time to Start ‘One Piece’”